Back to all projects

We were approached by our local friends at The National Flag company for an interesting project they got their hands on. To understand the project though, a quick little history lesson. The National Flag Company is a historic business in Cincinnati, Ohio that has been around since 1865. It's made a name for itself as a flag producer, but has never run its operation as a retail commerce division, sticking strictly to the creation of flags for wholesale purposes, and flagpole installations.

In a matter of years, The National Flag Company was approached by two of their retail clients who were aging out of the business. First was The Betsy Ross Flag Store, and then came Ameriflag. Both were also Ohio operations. They wanted their businesses to stay in hands that they trusted, so they went directly to the company that had provided them with flags for so many years. They assumed these generous gifts, but wanted to streamline the operation of them for the ecommerce operation.

We undertook a unique branding initiative with the goal of celebrating both companies, while unifying them under a new operation for The National Flag Company. After the identity design, we created an ecommerce website for them. This allowed this business to run separate of The National Flag Company, while still fulfilling the wishes of the previous companies and their clients.

When it came to creating a brand out of two historic brands, one of the main challenges was to evolve, while also respecting the history. The owner of The Betsy Ross Flag Store had passed away by the time this project got underway, and the owner of Ameriflag was very proud of his accomplishments and was excited to see where things landed.

After a long process of exploration, we created a a "stitched logo" that was essentially a logo that drew on the most prominent elements of the brands' previous logos; the Betsy Ross flag stars, and the stripes that adorned the original Ameriflag logo, with a sewing needle down the middle to symbolize the handmade flags of The National Flag Company, who would be taking over these two heritage brands. 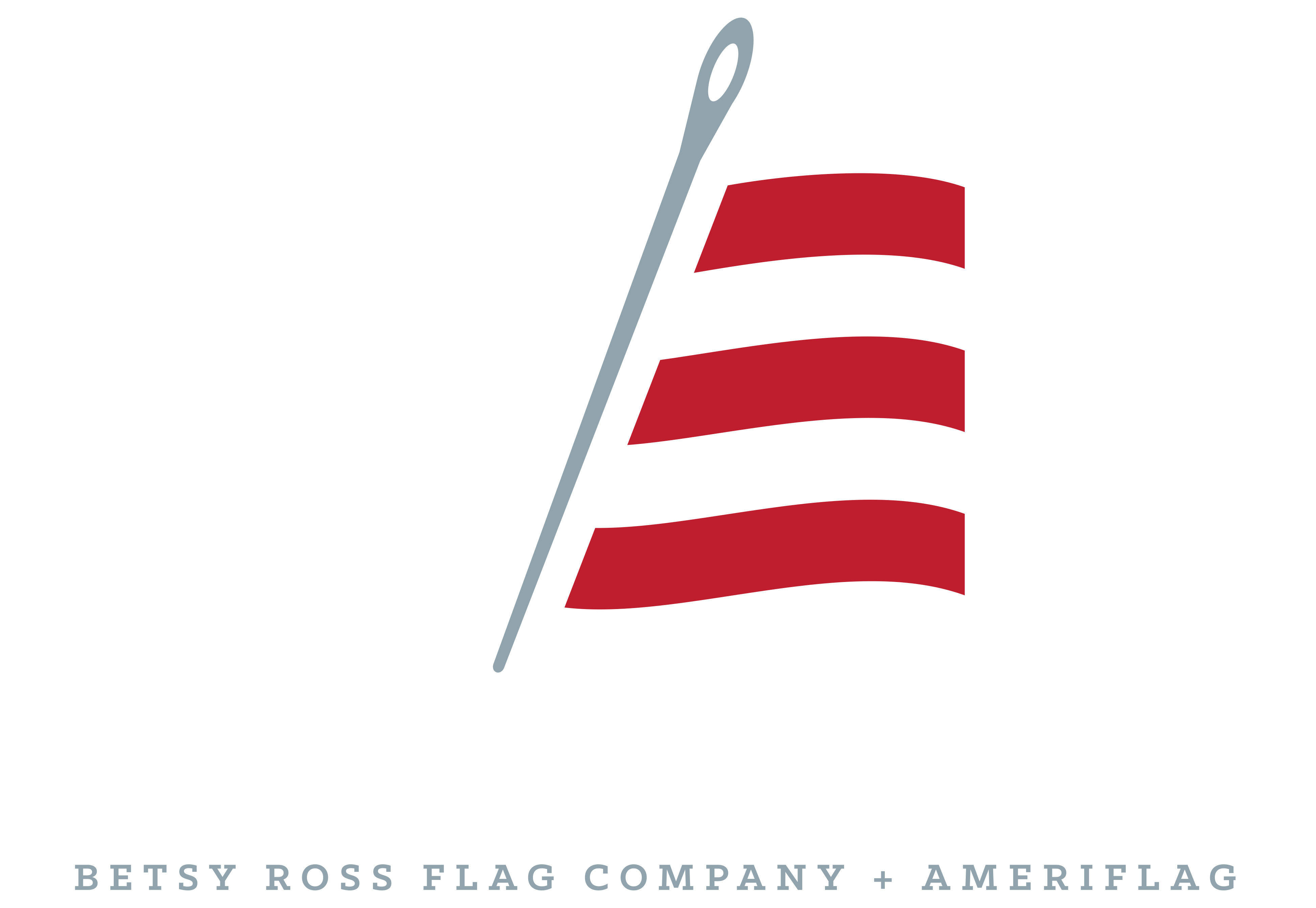 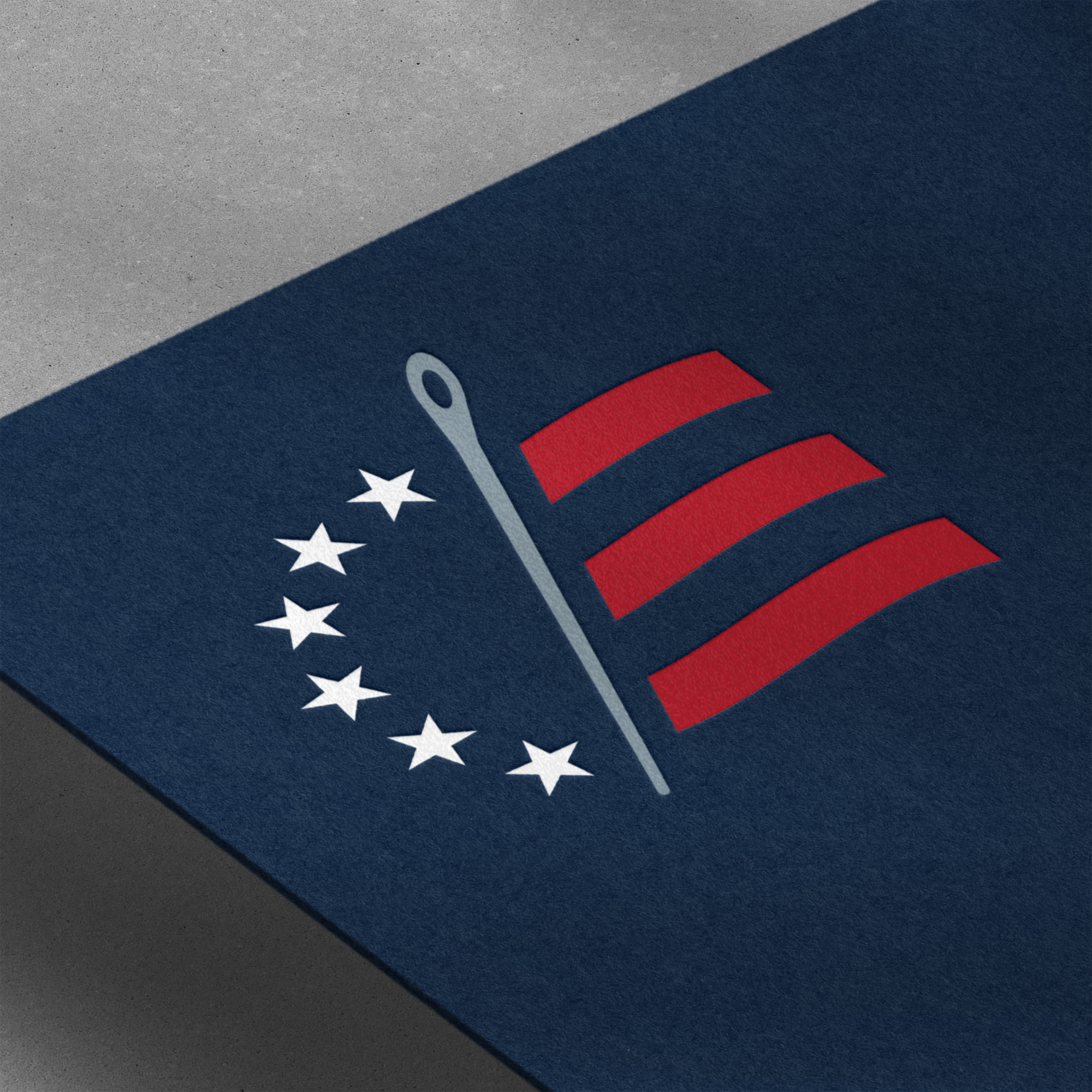 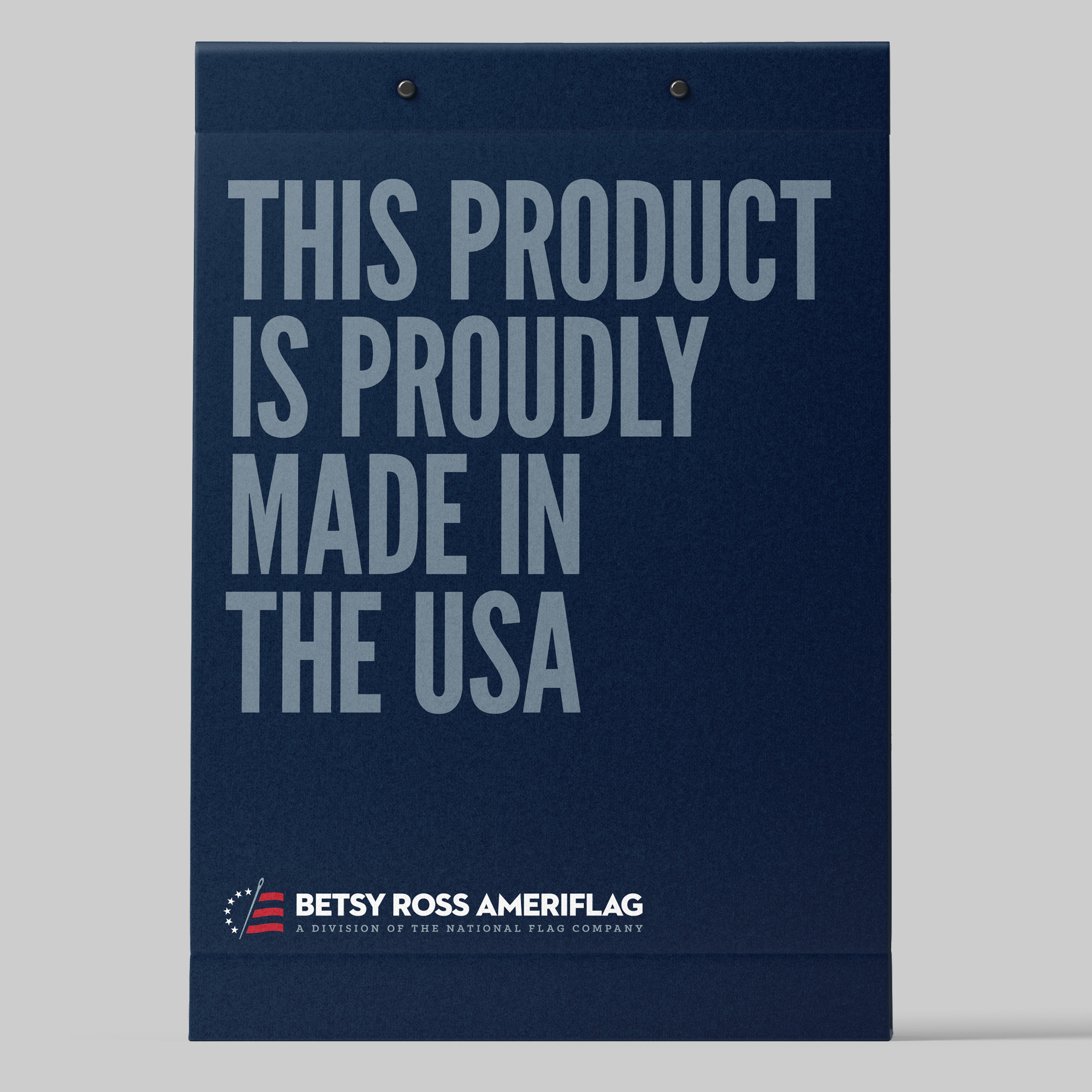 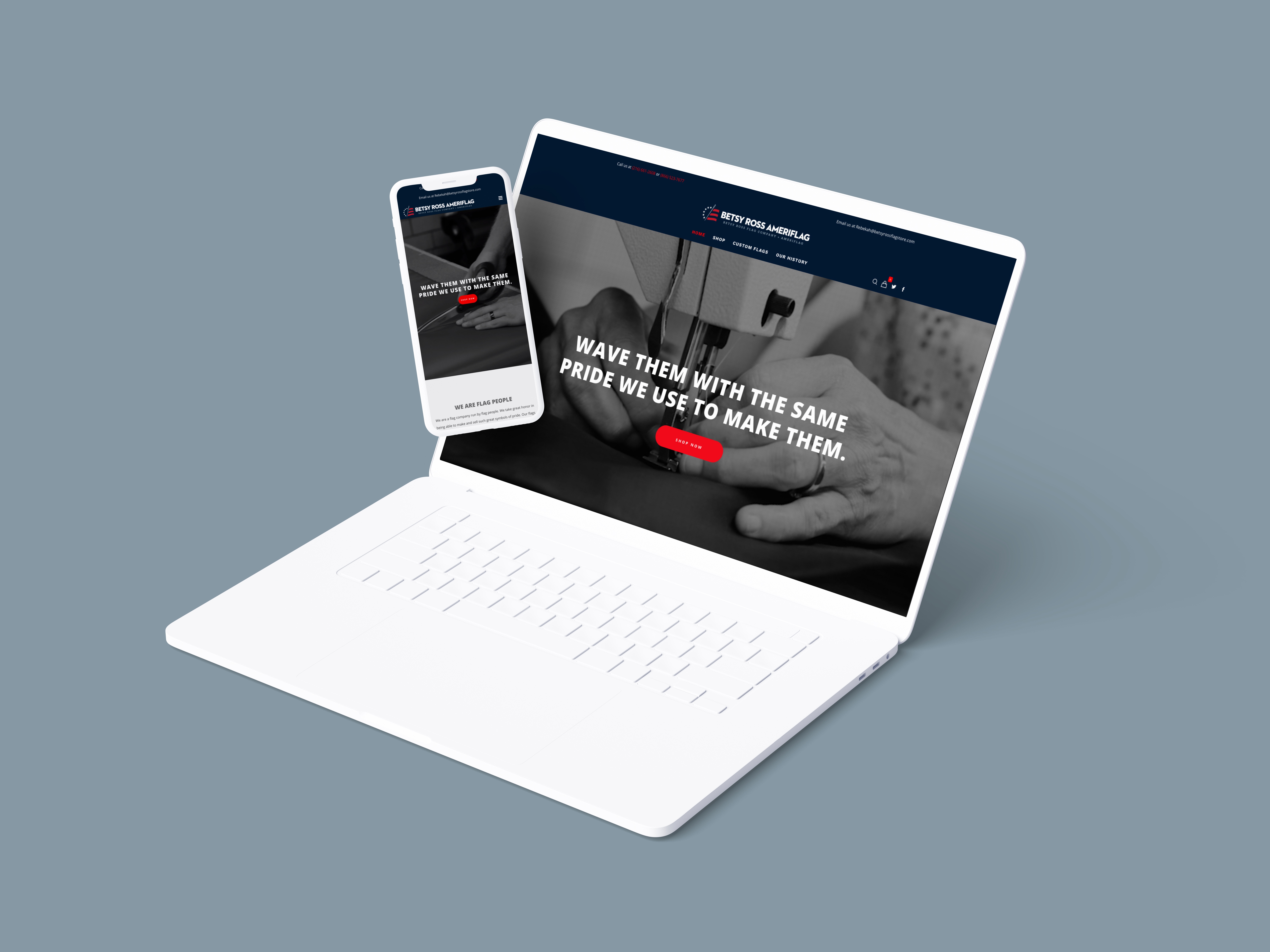 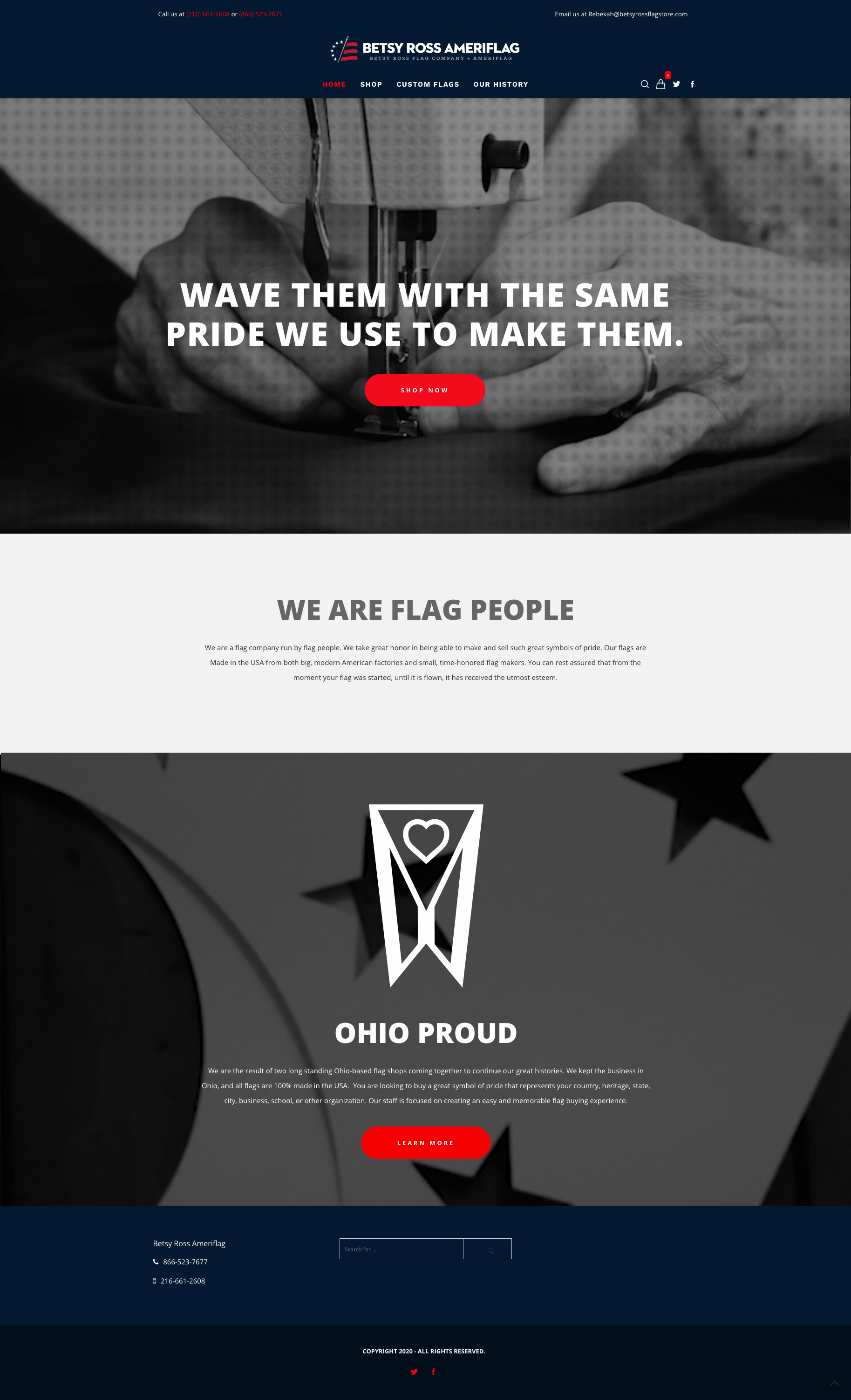